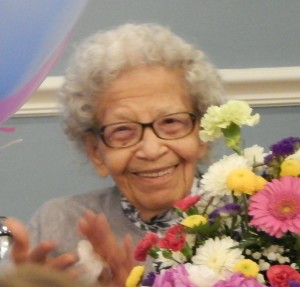 When Catherine Whalen was born March 22, 1915, women still didn’t have the right to vote in the U.S. The World War I Siege of Przemysl, a huge defeat for the Austro-Hungarian Empire, ended that day. Babe Ruth had just begun playing Major League Baseball for the Boston Red Sox. Whalen, a resident of the Sagepoint Senior Living Services in La Plata, celebrated her 100th birthday Friday — with family, friends and Sagepoint staff.

Talk to a Sagepoint Advisor